Rep. Ross Spano lost the GOP nomination to Scott Franklin, the Lakeland City Commissioner, who attacked Spano over an investigation into allegations of potential campaign finance violations in the race for central Florida’s 15th congressional district.

Last November, Spano said that he planned to “cooperate fully with the Justice Department,” after the House Ethics committee announced that at the request of the department it would defer a review into allegations that Spano may have received improper loans in excess of federal campaign contribution limits.

Spano said at the time, “we acknowledged that mistakes were made with respect to the campaign loans, but those mistakes were completely inadvertent and unintentional,” adding, “We are confident that upon review, the Justice Department will see it that way, too.”

Franklin seized on the issue, with one campaign ad superimposing the word “CRIMINAL” in all capital letters over an image of Spano. Another ad says via voiceover, “Whether Spano is incompetent or corrupt, he shouldn’t be your congressman.”

Spano, meanwhile, campaigned as a “staunch Trump ally” and his campaign had accused Franklin of not being a true conservative. The Club for Growth’s political arm had been on the air defending Spano and attacking Franklin. 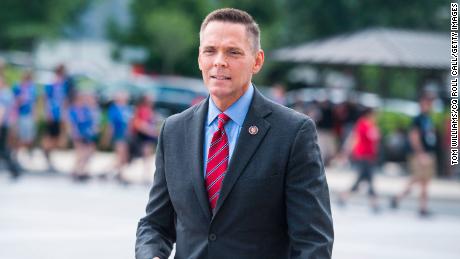 Franklin’s campaign, on the other hand, had been bolstered by the endorsement of one of Spano’s own House Republican colleagues: GOP Rep. Matt Gaetz, who represents the state’s 1st Congressional District.

In a video announcement, Gaetz said that “Scott’s the right person to ensure that President Trump has the strongest possible campaign in the state of Florida.”