That swift action won praise from experts and the Muslim community, as the country reeled from the massacre.

Many of the Christchurch victims were migrants or refugees, and dozens of survivors and support people received special permission to travel to New Zealand for the hearing, where some are expected to give statements on how the shooting mpacted their lives, according to non-government organization Victim Support.

All that may bring some closure to the victims and their families. But an official inquiry into the attacks remains undelivered 18 months later, and some say the underlying Islamophobia that the government was warned about before the massacre hasn’t been addressed.

Although Muslims have been in New Zealand for
more than 150 years, the community of mostly
migrants only numbers about
60,000 people — or about 1.3% of the country’s population. Before the Christchurch attacks, Paul Spoonley, a Massey University sociologist, said many New Zealanders wouldn’t have been aware of their presence.
But some people certainly were. According to Muslims in New Zealand, racism has long
been a reality for them — even if the country’s majority White
population wasn’t aware of it
. 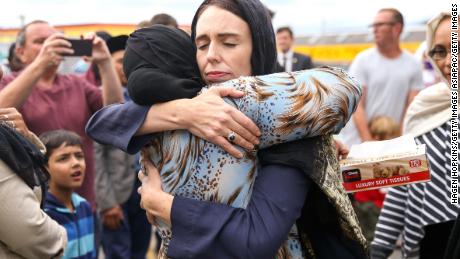 For five years before the shooting, the non-governmental body Islamic Women’s Council New Zealand (IWCNZ) held a series of meetings and regularly communicated with multiple government agencies about physical and verbal abuse toward Muslims, particularly against women who wear hijabs.

The group became “gravely concerned” with the level of Islamaphobia and alt-right activity in New Zealand, according to its
submission to an ongoing Royal Commission of Inquiry into what the government knew about Islamophobia before March last year, and what it could have done to prevent the attacks.

“IWCNZ estimates there would not be a Muslim woman in New Zealand who wears the head scarf who has not been abused in public at some time,” the submission stated.

To complicate matters, there was no comprehensive data collection of hate crimes in New Zealand, unlike other OECD countries, according to Zain Ali, an Honorary Research Fellow at the University of Auckland who teaches a course on Islam. “We’re not completely in the dark, but it’s not as good as it can be.”

When the gunman opened fire on two mosques, New Zealand security forces were largely focused on the potential of violent terrorism by Muslim extremists, despite multiple attacks by white supremacists overseas, according to IWCNZ.

In an interview following the attacks with Radio New Zealand, Minister for New Zealand Security Intelligence Service (NZSIS), Andrew Little, said the agency had focused on
all forms of extremism. However, a 2017 internal briefing document to him
that has been released publicly only mentions
Islamic extremists, and makes no mention of the growing far-right threat. 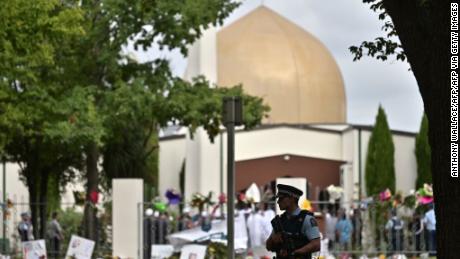 “While little might have been able to be done when the gunman opened fire, there was a multiplicity of actions that could and should have happened, but were not taken, in the years prior to the attacks,” IWCNZ said. “Had they been taken, the gunman is likely not to have got to the door of the mosques.”

After the submission was made public, the country’s Human Rights Commission
urged the government to “listen to the Muslim community to rectify its failure to act in the past.”

In statements to CNN, the New Zealand police, the NZSIS and the Public Service Commission — which oversees the public sector — all said it was inappropriate to comment on the ongoing inquiry which was delayed due to Covid-19.

On March 15, 2019, anyone with a gun license could obtain a military-style, semi-automatic weapon. That meant Tarrant had been able to obtain the guns used in the attack
legally — although Ardern said the weapons had been modified to hold more bullets. 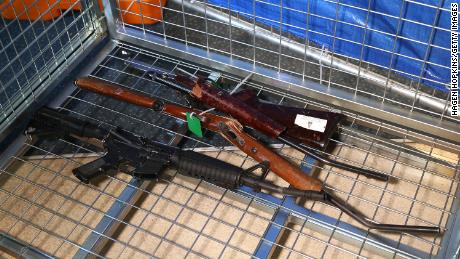 Since the 1990s, there had been moves in New Zealand to tighten the laws, but there had been limited impetus to carry through the changes before 2019. The laxity of New Zealand’s gun laws
wasn’t widely known, and the country also had a relatively
low murder rate, with an average of
74 homicides a year between 2007 and 2017 — and only about
11% involving the use of a firearm.

According to Joe Burton, a senior lecturer at the New Zealand Institute for Security and Crime Science at the University of Waikato, if Tarrant hadn’t been able to get a semi-automatic weapon, the death toll of the Christchurch attack would have been far lower. A semi-automatic gun automatically reloads bullets to allow a shooter to quickly fire again, while a manual gun requires the user to reload the bullets themselves.

Within 26 days of the attack, Parliament passed a law banning military-style semi-automatic weapons and introducing a buy-back scheme for weapons that fell afoul of the new rules. Within six months of launching the scheme, they collected about
56,000 guns.
The gun changes were symbolically and practically important, Spoonley said.
New Zealand only passed a law
introducing a gun register in June, so it is difficult to know whether all of the semi-automatic weapons have been collected. But the new rules make it much more difficult for potential extremists to obtain semi-automatic guns — they would need to acquire it illegally, Burton says. 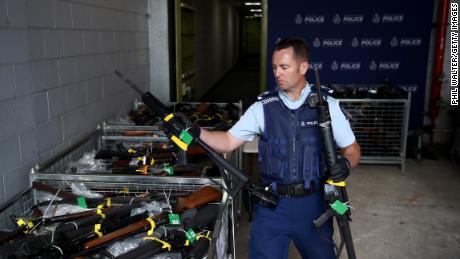 On the day of the massacre, about
300,000 copies of a livestreamed video of the attack were published on Facebook before they were removed.
As Graham Macklin, an assistant professor at the University of Oslo’s Center for Research on Extremism,
wrote last summer: “In filming his rampage and posting it online, Tarrant grasped intuitively that digital technology could and would amplify his murderous message, ensuring its projection far beyond the cloistered confines of the 8chan sub-thread on which it originated.”
After the attacks, Ardern paired with French President Emmanuel Macron to launch the Christchurch Call, a global action plan to prevent online platforms from being used as a ”
tool for terrorists,” as Ardern called it. Facebook — one of the
supporters of the call — announced that it would temporarily ban
people who had broken its most serious policies from
live streaming.
But those efforts have had mixed success.
Donald Trump’s administration refused to join the Christchurch Call, citing concerns about
freedom of expression, and non-Western tech companies weren’t part of the initiative. New Zealand still hasn’t passed legislative changes to back the Christchurch Call — including more comprehensive laws criminalizing hate speech. 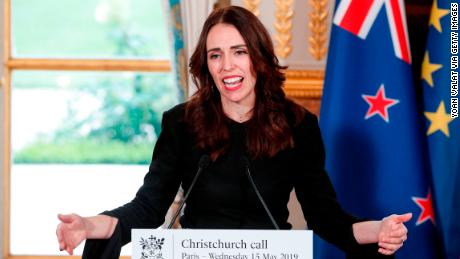 Spoonley, the demographer who has spent 40 years researching far-right groups, says there are limits to what individual countries can do on international platforms. In a statement to CNN, a spokesperson for the Ministry of Foreign Affairs and Trade, which oversees the Christchurch Call, said there was still more to achieve.

Facebook’s changes make it harder for an attack to be live-streamed in the future, but Burton points out such an attack could still be streamed on another platform. Seven months after Christchurch, that happened — an anti-Semitic gunman killed two people in the German town of Halle and streamed it live on
online video streaming platform Twitch.

And as more platforms introduce restrictions, extremist content is being pushed onto encrypted platforms such as 8chan, where it may be harder for authorities to track.

After the attack, many New Zealanders were horrified that such extremism happened in their otherwise relatively progressive country. In many ways, it was a reckoning, a chance for the Muslim community to finally talk about the racism they had experienced for years.

“Racism was hidden in the closet,” he said. 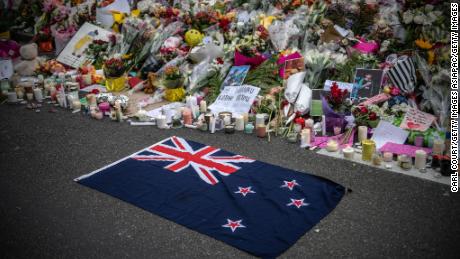 Gamal Fouda, the imam of Al Noor Mosque which was one of the mosques targeted in the attack, said New Zealand is “not paradise” — there are still ignorant people who hold extreme views. But he said no one expected a white supremacist to do such a thing in New Zealand.

After the attacks, restaurants gave the Muslim community free food, taxi drivers provided free rides and the public sent messages, cards and flowers to the mosque. The Prime Minister and the local hospitals also provided support, he said.

“The support never stopped,” he said. “New Zealand before 15 March is different to New Zealand after 15 March.”

“The terrorist wanted to divide our community. But instead we are now back, we are together and we are standing for peace.”

Since the attacks, Fouda and other Muslim leaders have been working closely with police and security forces to allow them to easily report any racist activity. He says there are still shortcomings — but he believes the government is trying its best to make sure that the community is safe.

Spoonley thinks there has been a shift in New Zealanders’ awareness of the Muslim community. “I think most people wouldn’t have understood either that we had an important Muslim community in our midst, or that we had extremist terrorists who were prepared to articulate and to attack on the basis of extremist views,” he said. “We were very complacent on both scores.”

Danzeisen agrees that New Zealand’s population has been “very inclusive in their approach since the attacks.” “There’s a warmth amongst people, a recognition that we’re just like everyone else, because it wasn’t there before,” she said.

What more needs to be done

But that doesn’t mean the Muslim community feels safe — or that the changes have been adequate.

When Danzeisen took a Muslim youth group on a ski trip following the attacks, for instance, she advised police they were going. Last year, she says she told the authorities about a threatening message telling her that she was being watched.

Spoonley estimates there are still about a dozen extremist groups active in New Zealand, based on his monitoring of extremists online. And he warns that economic problems caused by Covid-19 could generate more anxiety, leading more people toward far-right thought.

“There’s a tendency to dismiss (the Christchurch attack) as a one-off event,” Spoonley said, adding that there was the potential for it to happen again. “I still think there are major gaps in terms of how the public service operates.” 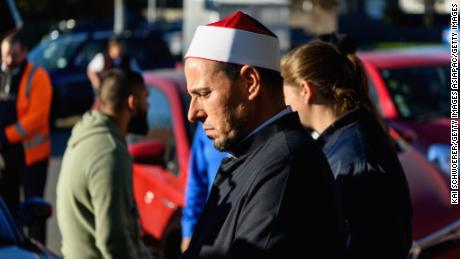 Spoonley said it was important that people in power reiterated the message of being kind to other another, as Ardern has done. “Once you get a degree of agreement, and once you get public figures saying what you believe, then you get that mandating of that more extreme behaviors,” Spoonley said.

Danzeisen says agencies appear to be waiting for the final report from the Royal Commission — which has been delayed until November — before they push through any more changes. Ultimately, Danzeisen wants to see the country take the threat of extremism against Muslims as seriously as it has coronavirus. She thinks authorities still don’t have systems in place to identify potential risks, and aren’t working together enough to share information that could highlight potential problems.

“Hate is a virus, it needs to be treated in the same way that we are tackling Covid,” she said. “Aggressively and with a very strong approach to make sure that it doesn’t spread and wreak havoc and death.”

Fouda says it’s important for all communities to work together to prevent anything like the Christchurch attacks happening again in New Zealand and elsewhere. But that won’t take away the damage that his community has suffered, he said.

“The children who are younger than five, when they become 60 they will still remember this tragedy in our city,” he said. “We will continue carrying the pain for the rest of our lives.”

What if the First Coronavirus Vaccines Aren’t the Best? – The New York Times