But this international crisis continues, and Americans are having trouble adjusting to the strain of our new reality.

New psychological data taken during the pandemic shows the nation’s mental health is languishing, according to data reported this week as part of the US Centers for Disease Control and Prevention’s Morbidity and Mortality Weekly Report.

Suicidal ideation is up among young people since last year, with as many as one in four people ages 18 through 24 having seriously considered suicide in the 30 days preceding the survey, according to the report, in which researchers surveyed 5,412 adults in the US between June 24 and 30.

In the general US population, the CDC reported that 11% of adults surveyed had seriously considered suicide in the past 30 days before they completed the survey. Among those identifying as Black or Hispanic, the numbers were worse: 19% of Hispanics reported suicidal ideation and 15% of Blacks reported suicidal thoughts.

The results reflect a nation increasingly on edge. The number of Americans reporting anxiety symptoms is three times the number at this same time last year, the CDC said.

The pandemic is a new type of challenge

“Previous events have had a start, middle, an end,” said Vaile Wright, senior director of health care innovation for the American Psychological Association. “People can’t disconnect from this.”

Unlike events such as 9/11 or hurricanes, the coronavirus pandemic isn’t just something people watch on the news, limited to a specific time and place. It’s everywhere, and it doesn’t appear to have an end date.

“Nobody is immune to the stress of the pandemic,” Wright said.

Add on the pressures of the economy, the increased scrutiny on racial injustice and the looming specter of the presidential election, and it’s hard for many to feel like things might turn out OK.

The emotional burden is falling more heavily on those who reported having been treated recently for mental or emotional issues, the CDC report stated. In particular, the stress is disproportionately falling on the young.

“We’re consistently hearing that young people are struggling and having a tough time,” she said.

There are ways to seek help

On an individual level, Wright noted that the main pillars of psychological health include eating healthy, staying active, getting enough sleep and maintaining social connections.

“Oftentimes when we’re in stress, it’s hard to come up with a game plan,” she said. “Friends and family play that role.” 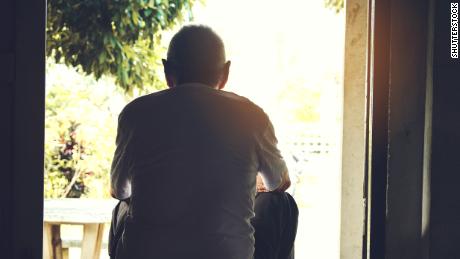 If you’re on social media it’s better to try to directly engage with or respond to others, she said. In particular, if someone you know or love stops engaging, that can be a sign that it’s time to reach out.

“You can say things like ‘I’m worried about you,’ and ask if they’re eating, sleeping and taking care of themselves,” Wright said.

You can encourage them to seek professional help from a therapist or counselor. That process is actually now a little easier during the pandemic, Wright explained, citing APA data that 75% of mental health providers have switched over to telehealth.

“Providers are available, and we know teletherapy to be effective,” she said.

The National Action Alliance for Suicide Prevention recommends that those needing emotional support related to Covid-19 should call the Disaster Distress Helpline (800-985-5990), or text TalkWithUs to 66746.

And if you’re experiencing a suicidal crisis, you can call the National Suicide Prevention Lifeline at 800-273-8255 or text the Crisis Text line by texting HOME to 741741 to get help.

Even if you’re not in crisis, it’s crucial to find ways, albeit often virtually or physically distanced, Wright said, to maintain bonds with others and do what we can to support each other before someone enters into a crisis mode.

Many were doing that well in the spring as the nation entered into the pandemic, she felt. And the nation’s mental health now requires us to recall that same spirit.

“As a community, we need to collectively re-amp up,” Wright said.

Messi’s Barcelona heartbreak revealed: From his sons tears, to refusing to go to trial – full truth behind… – Goal.com